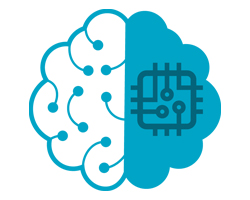 Some Notes About Machine Learning

We thought you might like to read some notes about machine learning. This  is a phrase that is common in the developer world. But it’s a complex and often misunderstood subject. So, here’s some of the basics.

Data scientists study and research for years to qualify, so they’re the experts in this field. But developers are likely to find themselves needing to get up to speed in some way.

We’ll cover some of the fundamentals to think about. Because it is possible to build a machine learning project – without years of education.

Data means different things to different people. For developers, we often think of it as the stuff you store in your database. Or import from CSV/JSON files. And that does qualify as data in the general sense.

For machine learning projects, data is a more precise definition. The first thing to keep in mind is:

That might be stating the obvious but let me extend that a little. It is helpful to think of data in a table with rows and columns. Each row of data represents a data point. Then, there are properties that make up that data point.

Those variables are sometimes called features – to cover off more terminology.

Why Input Data Is Critical

The input data collected for your machine learning model has to be complete. Take the people entity example above. Then, imagine you were only collecting surname as a variable. There’s no algorithm that would be able to predict gender. The data isn’t there, pure and simple.

That leads to some guiding questions when thinking about a machine learning project.

Stuff To Think About

Here’s some more notes about machine learning to keep in mind when you’re planning a project.

Imagine you were getting data from movement sensors around the home of an elderly person. You want an algorithm that triggers an alert when unusual movement (or lack of) occurs. When the sensor detects movement in the kitchen (for example) the algorithm learns from it.

When there is movement in the kitchen at 3am that breaks the normal pattern it raises questions. Why was this entity (person) in their kitchen at that time?

In the case of an elderly person, does it mean they are waking up dehydrated? Or is it that they can’t sleep?

Either way, the algorithm detects something out of the ordinary and triggers an alert.

One final thing for now

Data is king, in the same way content is often cited to be on the web. And that is a fact that is growing in significance all the time.

If you have a data problem we can help, why not contact us and ask about our data sciences services today?