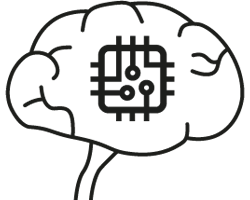 In a previous posting we mentioned there are two types of approaches to Artificial Intelligence. The first type of AI we looked at is called Narrow – or as we like to say, Focused AI.

Now let’s take a peak at the second type of AI, which is usually known as General.

Artificial General Intelligence is where a platform attempts to undertake a mental task that a human being can do. This would mean a machine capable of reason, make decisions, be able to learn, even have objective thinking. This of course is much wider than the limited, specific role that Focused AI undertakes. The platform would be capable of consuming data from any source, and in any format, making it essentially sentient. This part has however been contested. AI researcher and CEO of SingularityNET Ben Goertzel believes General AI is a synthetic intelligence that has a general scope and is good at generalization across various goals and contexts. On the other hand, the entreprenuer Peter Voss for example places human traits such as empathy as less important than being autonomous and goal-directed.

General Artificial Intelligence – also known as Strong AI (which was first used by the philosopher John Sealer in a paper titled Mind, Brains and Programs) – is a theoretical approach. It doesn’t exist and is not expected to for many years yet. Exactly when it may first appear is very much down to your own viewpoint; some predict General Artificial Intelligence to appear around 2030, whilst others believe it will take another Century of computing development before a true version of it to be possible.

The underlying fact about General Artificial Intelligence is the sheer expanse of work required to make a machine capable of performing to the same level as the human brain – it is, quite simply, huge.